The Fifth Ceremony of Benedict the Pole Awards took place in the Concert Hall of the Royal Castle in Warsaw on 15th of May 2019.

Benedict the Pole Awards are presented annually to two recipients, for outstanding explorations and research on land, sea, and in space. The award is named after a Franciscan friar Benedict the Pole, who accompanied an Italian friar Giovanni da Pian del Carpine from 1245 to 1247, on his diplomatic mission as a papal legate to the court of the Great Khan of the Mongol Empire. Papal emissaries travelled to the empire’s capital in Karakorum and had produced the first known to Europeans detailed accounts of Asia, 50 years before the travels of Marco Polo were famously written down.

The laureates of the Fifth Edition include professor Robert I. Frost, a prominent British historian, an author of a number of books on Polish–Lithuanian Commonwealth and professor Jacek Oleksyn, a dendrologist and climatologist. The Committee also gave two special mention awards to two explorers and travelers: to Anna Kufel-Dzierzgowska, a doyenne of Polish travelers (who first travelled abroad in 1964, and who in total has made 93 expeditions to more than 30 countries) and to Mateusz Waligóra, an explorer who has made the first ever solo crossing of the Gobi desert.

Among the attendees of the ceremony there were also representatives of the worlds of science and culture including the vice-president of the Polish Academy of Sciences prof. Romuald Zabielski, the director of the National Museum in Warsaw professor Jerzy Miziołek and the director of the Polish Royal Opera Andrzej Klimczak. Many other officials from a number of Poland’s major academic centers participated in the event.

The ceremony ended with a concert of baroque music performed by the group Capella Regia Polona and a presentation of an exhibition dedicated to Benedict the Pole and four previous editions of the Award, which took place in The Collegiate Church of St. Mary and St. Alexius in Tum and Łęczyca Castle.

The event was concluded with a celebratory toast offered to honor the Laureates.

Hosted by Anna Popek, a tv journalist, the ceremony was sponsored by PZU, NED project and the National Freedom Institute (PROO-5 programme).

The next, VI Ceremony of Benedict the Pole Awards will take place on June 3rd, 2020  in Cracow in the Colegium Maius Hall of te Jagiellonian University, one of the oldest universities in Central Europe (founded in 1364 AD).

You are kindly invated to take part in the event. 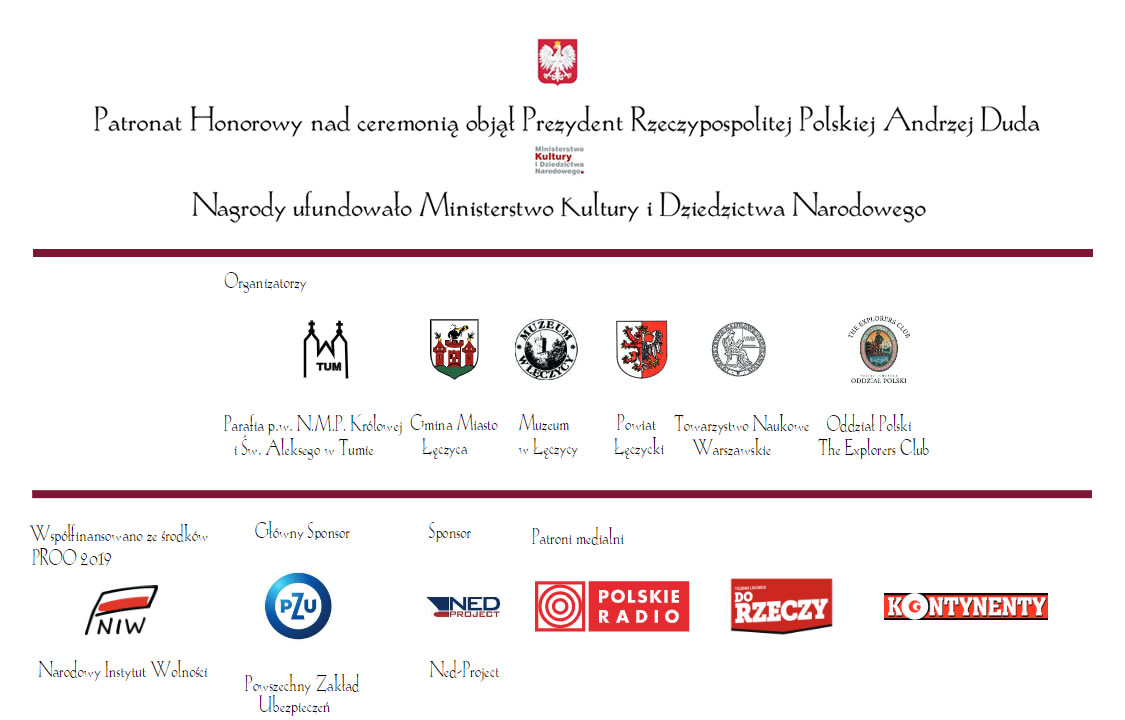