Krzysztof Wielicki FI’1997 (Lowell Thomas Award’2001) received Piolet d’Or Carriere – Golden Ice Axe Lifetime Achievement Award, considered the highest honor in mountaineering. Wielicki is a fifth man who climbed all 14 eight-thousanders (The Crown of the Himalayas and Karakoram) and the first who summitted three of them in winter, including Mt Everest. He is still active, he led two winter expeditions to K2, the last unconquered in winter eight-thousander.
Krzysztof Wielicki also received (with Reinhold Messner – Honorary Member’1989 of The Explorers Club) The Princess of Asturias Awards. It is given for achievements in the sciences, humanities and public affairs.
The ceremony was held in Oviedo, the capital of the Principality of Asturias. The Awards were presented by HM King Felipe VI of Spain. Wielicki and Messner are among the most outstanding Himalayan climbers in history. 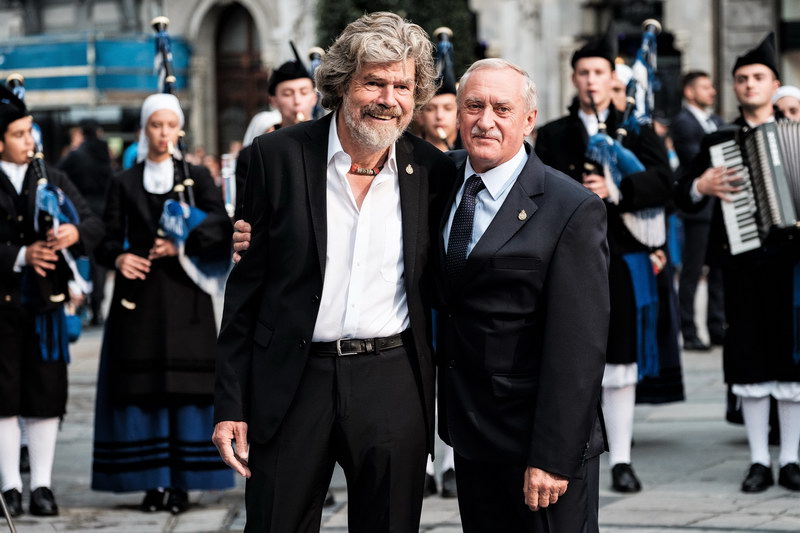